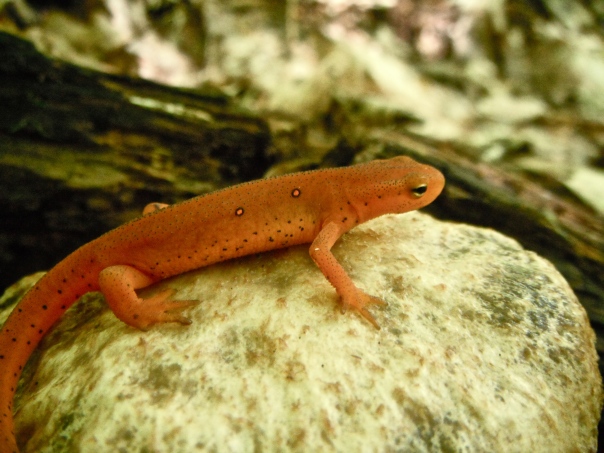 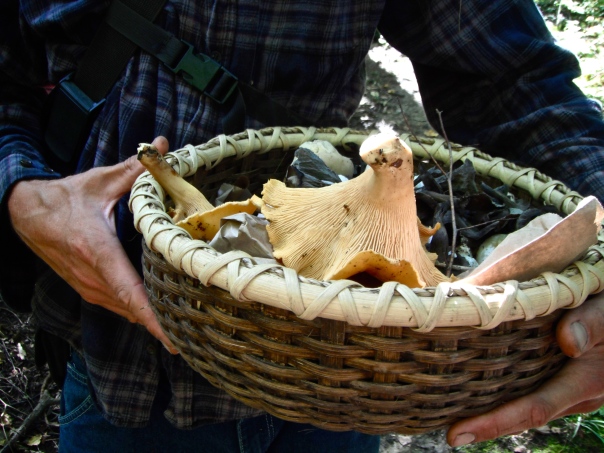 I have recently fallen into an abnormal worship of mushrooms. When I was young, I couldn’t stand to put one of the slimy, spongy, dirty morsels in my mouth, although I have always been fascinated with the diversity of color and shape of these bizarre organisms. When I was five years old, my father brought me along on a three day camping trip to hunt for mushrooms in Utah. I remember clearly finding ‘fat boys,’ or boletus mushrooms with wide, spongy caps, hedgehog mushrooms with furry teeth growing from the caps, and giant puffballs the size of my belly. It took me years to finally try a mushroom, and years after that I began to actually enjoy the flavor and texture of the strange, floppy things that my dad poured over pasta.
This last spring I found a bounty of morels, and later chanterelles, in woods surrounding Burlington. I mentioned these discoveries to my friends, and consequently a group of mushroom enthusiasts who loosely organize themselves under the title BAMO, or Burlington Area Mycological Organization, invited me along on two late summer fungi forays. I gladly tagged along, not realizing what I was getting myself into. Both trips took up an entire day of slow, meticulous pursuit of delectable specimens. Everybody except me came equipped with three or four baskets each, a paring knife for trimming the base of mushrooms, paper bags to separate species, a small library of identification books, cameras with heavy micro-lenses, and a wealth of impressive knowledge about Latin names.
One of my fellow hunters, Michael Sundue, works as a botanist at the Pringle Herbarium at the University of Vermont. Although he insisted on his ignorance, he appeared to know the Latin and common name of every mushroom that we encountered, which he either produced from memory or deduced by a careful examination of the specimen’s characteristics. He tried to give me some ‘simple’ hints about the boletus genus: “any mushroom with spores instead of gills, which is not growing out of wood, which doesn’t bruise blue, and which is not bitter, is likely a boletus, and therefore edible.” I only absorbed a quarter of the information that he rattled off throughout the trips. Everybody in the group seemed to get just as excited about poisonous mushrooms as edible treasures, and Michael frequently filled his bags with colorful or unusual examples to bring back to the lab.
This last Sunday, a few hunters rode our bikes out to meet the rest of the crew at an undisclosed location just north of Charlotte, VT. We hiked through the shaded grove, finding nothing in the low, dry areas near pine trees. As soon as we mounted the slope and descended into wet, oak marsh, the populations of fungi seemed to leap out at us. Almost immediately, we began filling our baskets with snow shrimp, hen-of-the-woods, hedgehogs, white-tooth fungus, oyster mushrooms, lobster mushrooms, and horn of plenty. Many of these I had never seen before, such as the horn of plenty. This is a delicate, nondescript black mushroom which grows in a velvety funnel shape, smells sweet and buttery, and tastes somewhat like a chanterelle. At first glance, I thought it looked quite poisonous, given that the skin is as black as octopus ink. My foraging companions insisted, however, and I filled a few large grocery bags with the little black beauties.
We thought it best to sample all of our treasures as soon as possible, so we all converged in the evening to cook up a giant feast of wild flavors. We boiled pasta and paired it with multiple mushroom sauces, such as a lobster mushroom sauce with white wine, onions, sweet Italian sausage, lemon, and Parmesan cheese. We made polenta and served it with a viscous, cheesy boletus gravy. We made risotto with chanterelles. We attempted to make home-made raviolis stuffed with creme fraiche, horn-of-plenty, and sage, although they turned out looking more like Frankenstein raviolis. Eventually we tired of the heavy carbs and moved on to plates that featured only mushrooms and spices, like Michael’s “salt and pepper shrimp” dish made with snow-shrimp mushrooms, salt, pepper, lime, and chili pepper, sauteed in butter.
Even after cooking dozens of dishes, we still had half a room full of forest bounty, which many of us took home to dehydrate. Although I do not think I will take the suggestion of one of my fellow hunters to get a  “BAMO” tattoo, I am strangely proud to be a part of this mushroom mania. I will be combing the woods with a new found knowledge and appreciation for these strange, edible gifts.