I wrote a graphic book review on Andrea Lawlor’s Paul Takes the Form of a Mortal Girl, one of my favorite books that I have read in the past few years, and it has now been published in Refuze Review. Check it out here, and below:

My work has been published in a new volume of art and literature by Action, Spectacle. Take a look at my work here.

There are many reasons why I enjoyed reading Melanie Finn’s new novel, The Hare, or to be more accurate, why I tore through it like a hiker devouring a sandwich after hiking in the Green Mountains of Vermont. I’ll start there, in Vermont, where most of the book takes place, specifically in the Northeast Kingdom, where I grew up, and where the author currently calls home. She renders all of the historical, cultural, and natural details of the region as only a Vermont inhabitant could—the beauty and decay; the wealth and poverty; the mixed-up politics, the backwoods crimes; the chicken shit and roadkill; the tools and skills that the protagonist, Rosie Monroe, a young, single mother, would need to survive after her lying older boyfriend abandons her and their infant in a drifty cabin in the middle of nowhere. Fortunately, the nearest neighbor, a toothless, boozy old lesbian named Billy Mix, saves Rosie’s life by teaching her how to hunt deer, how to forage for wild edibles such as ramps, fiddleheads, and morel mushrooms; and most importantly, how to light a fire in the woodstove to stay warm throughout the long, hard winters.

In order to not spoil any of the juicy plot, and yes—it is a nail-biter, replete with murders, deceit, drug trafficking, gender transformations, lust, and other literary thrills—I’ll skip over the story of that lousy boyfriend, Bennett, and focus on Rosie, who carries several layers of trauma from childhood and adolescence, but somehow, time and time again, takes control of the ghosts of her past and forges ahead with grit and determination. Rosie starts off with a full ride to Parsons, studying art, before Bennett ruins everything. While she’s still enrolled, she glimpses a possible future in her art mentor, “Ida smells of paint and turpentine. The coffee shop smelled of coffee and onions. It was fantastic. What if you could draw a smell?” This daydream dissipates when she meets Bennet, a charming man twice her age, while perusing the art at the MoMa. He charms her, takes her out for tea, and whisks her away for a summer in his friend’s boathouse, where she becomes accidentally pregnant. From the start, Bennett’s life story is hazy at best, and I’ll leave it that way in this review; Rosie is the more compelling character throughout.

The other truly captivating characters in the book are also women, ranging from the enigmatic Billy Mix, to a female cop who investigates various crimes against women, including a series of murders along the Vermont-New Hampshire border, as well as the possible predation of minors committed by Rosie’s boss, a chicken farmer. As this cop states in blunt terms to Rosie, she’s trying to solve various “incidents of male dickery.” These moments speak to the novel’s ever-present themes of female autonomy and strength in contrast to male ideocracy, greed, and ineptitude. One chapter that complicates this binary in a positive and intriguing way is an unexpected reunion with Rosie’s first love, who has since transitioned from male to female. I wish Finn had expanded this section of the book, in order to give Christianne proper room to breathe as a nuanced character.

Another character that I enjoyed is an inanimate object which Rosie regards first with fear, then with acceptance, and finally with enormous gratitude: the woodstove. She even writes a love letter to the stove, for teaching her “to value the steady.”

My favorite section of the book takes place later in Rosie’s life—mid menopause—how many books can you name which place a badass menopausal heroine at the helm? My other favorite aspect of the book are all of the chapters which reveal Rosie’s, and the author’s, deep knowledge about Vermont: its seasons, mud season in particular, its wildlife, its cultural contradictions, its geography. We learn about wild edibles that can be foraged in early spring, summer, and fall, and how to incorporate them into a meal,

“A hunk of back strap in the skillet, the blood oozing from the tissue. Wild onions Billy gave her, a basket of dried boletes… a week later, Billy brought them a hare, already skinned and butchered. It seemed so rudely naked. She set it in a broth of dandelion greens, ramps, and potatoes.”

The bogs, time-worn mountains, snowshoe trails, old cemeteries decaying in the woods; this is the landscape of my youth, and through Finn’s novel, I was able to relive my childhood in lyrical and precise detail. Thank you, Melanie Finn and the editors and publishers at Two Dollar Radio, for creating this book! I recommend it, particularly if you’re a feminist or feminism-inclined, and if you live in New England, although these are not imperative for enjoying the well-rendered characters and dramatic plot.

How delightful! The writer and editor Cammie Finch recently interviewed me about my recent book for the Michigan Quarterly Review. You can find and read the interview, titled “Resurrecting Walter Benjamin’s Archival Spirit”, via the link below. 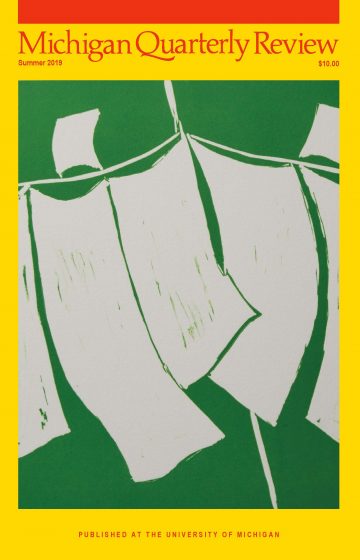 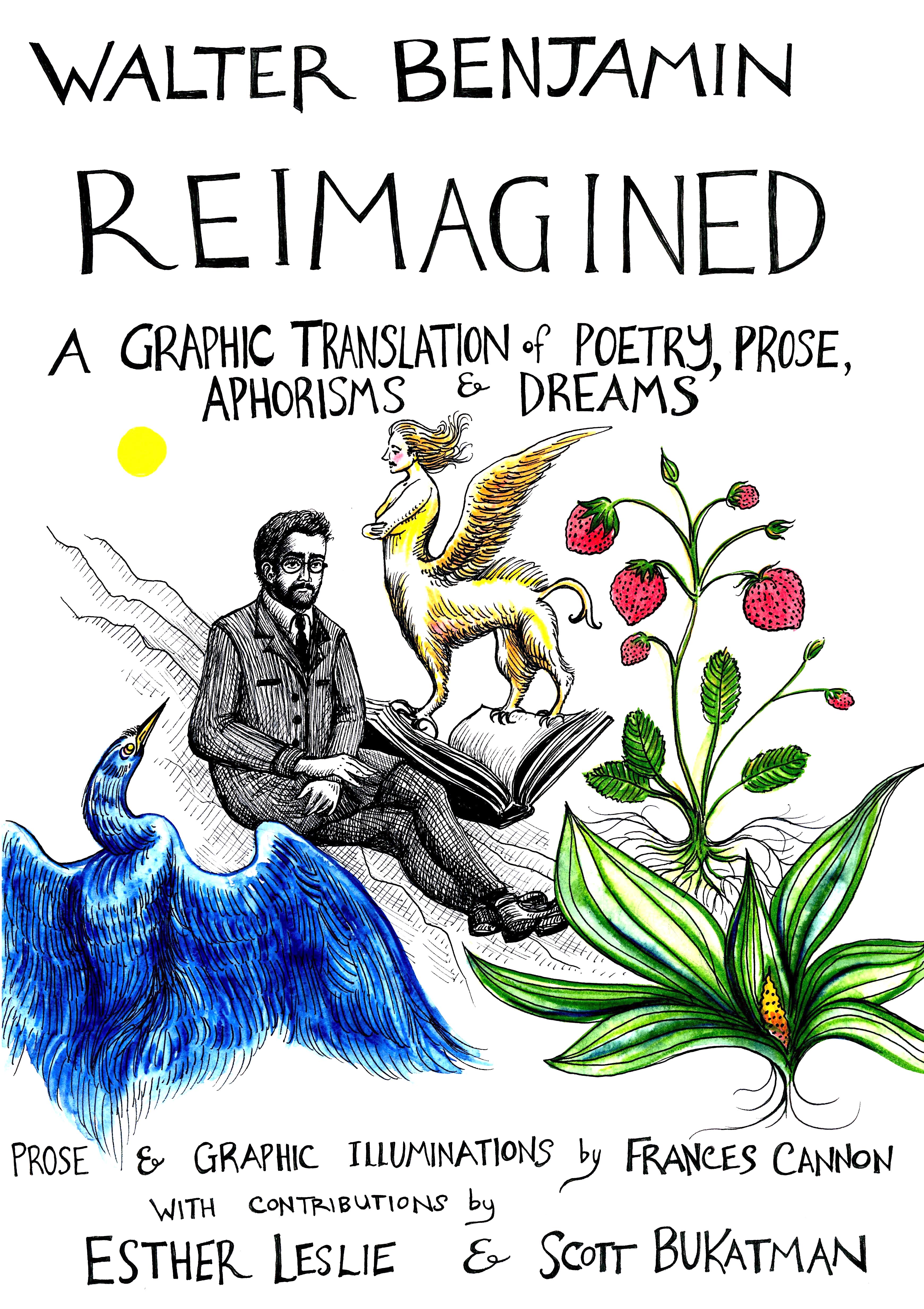